Happy Sunday!  Some family friends of mine celebrated their 20th anniversary in December, and I had the honor of catering their anniversary celebration as well as making a cake for the occasion!  I wanted to base the cake off of their original wedding cake, but update it as well.  Many of my friends know my position on wedding cake with columns, staircases, and fountains like this one!  They are SO early 90’s! 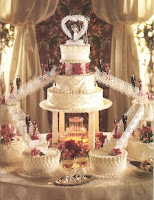 Thankfully this couple’s original wedding cake wasn’t nearly as over the top as you can see: 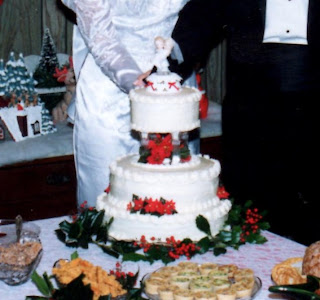 For their anniversary cake, I decided to stack the cakes directly on top of each other instead of separating them for columns and use fresh flowers in reds, burgundies, and different shades of greens to mimic the flowers on their December wedding cake. 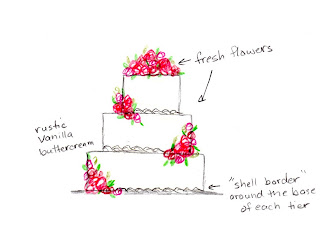 The flavor was Red Velvet (yum!), so even the pieces of cake looked somewhat Christmas-y too! 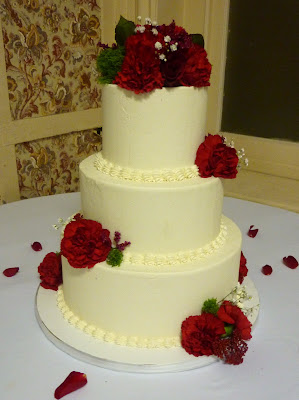 Posted by Creative Crumbs at 12:54 PM